The judging panel comprises a panel of Business Post journalists and editors and an independent group of sustainability and business inclusivity experts. Additional judges coming soon. 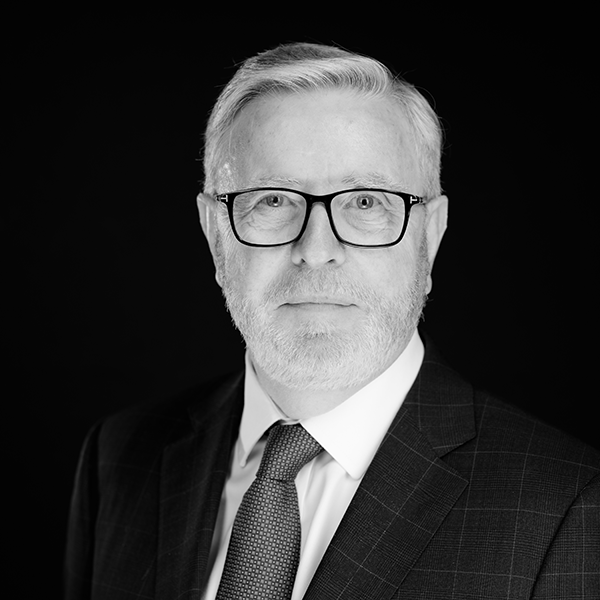 Pat Cox is a former president of the European Parliament (2002 – 2004), president of the European Liberal Democrat Group (1998 – 2001), president of the European Movement International (2005 – 2011) and is the current president of the Jean Monnet Foundation for Europe (2015 – ). Educated at Ardscoil Ris in Limerick and at Trinity College Dublin, his early career included working as a current affairs broadcaster at RTE, a lecturer in economics at the Institute of Public Administration at the National Institute for Higher Education, Limerick, as secretary general of the Progressive Democrats political party and as a Fine Gael representative at Dail Eireann. He is chairman of the board of Gore Street Energy Fund Plc, London, of Ecocem Ireland and his many board memberships include that of Supernode Ireland, Gresham House Ireland, Third Age Foundation Ireland, the Ireland China Institute and the Institute for International and European Affairs, Ireland. Cox is also a member of the Board of Trustees of the International Crisis Group and of APCO Worldwide’s International Advisory Council. He is the recipient of a host of international honours, including France’s highest distinction, the Commandeur de la Légion d’honneur; Germany’s Charlemagne prize and the president’s gold medal at the European Parliament. 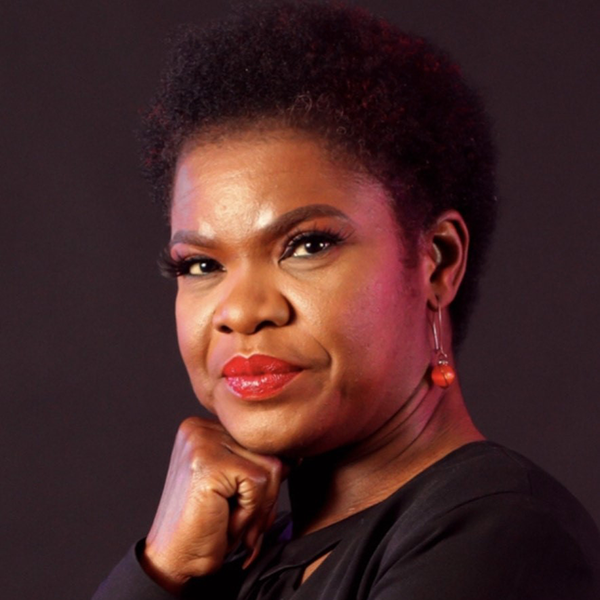 Dr Ebun Joseph is a Race relations consultant, Lecturer, Black Studies at University College Dublin (UCD), Director Institute of Antiracism and Black Studies (IABS), and Chairperson, African Scholars Association Ireland (AFSAI). Dr Joseph held the position of career development consultant at the Royal College of Surgeons in Ireland (2017-2021), and was a teaching fellow at Trinity College, Dublin; training and employment officer EPIC (2007 -2017). Ebun is an author, tv panellist, columnist and an equality activist. With a research focus on labour markets and race relations, she has presented at several conferences, businesses and nonprofits. Ebun is published and contributes regular responses on contemporary issues of race and racism in Ireland. Her recent book is titled, Racial stratification in Ireland: A Critical race theory of labour market inequality with Manchester University press. She also co-authored the book, Challenging Perceptions of Africa in Schools: Critical Approaches to Global Justice Education with Routledge in Jan 2020. 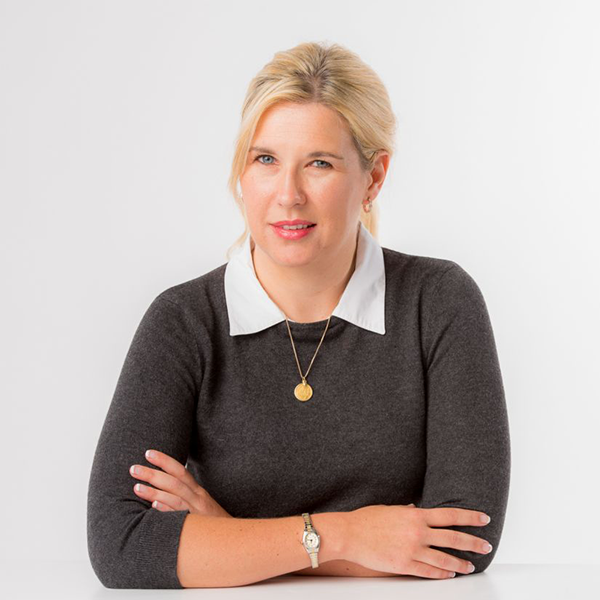 Dr. Cara Augustenborg is an assistant professor in Landscape Studies and Environmental Policy at University College Dublin, holding a doctorate in Environmental Science and Engineering from the University of California, Los Angeles (UCLA). She received both a Fulbright Scholarship and Walsh Fellowship to conduct her doctoral research at Teagasc from 2003-2007. Since then, she has held a variety of roles in academia, government, and the environmental NGO sector, including as Chairperson of Friends of the Earth Ireland and Friends of the Earth Europe until 2019. She is a member of President Michael D. Higgins’ Council of State; member of Ireland’s Climate Change Advisory Council; and presenter of the environmental radio programme, ‘Down to Earth with Cara Augustenborg’ on Newstalk. 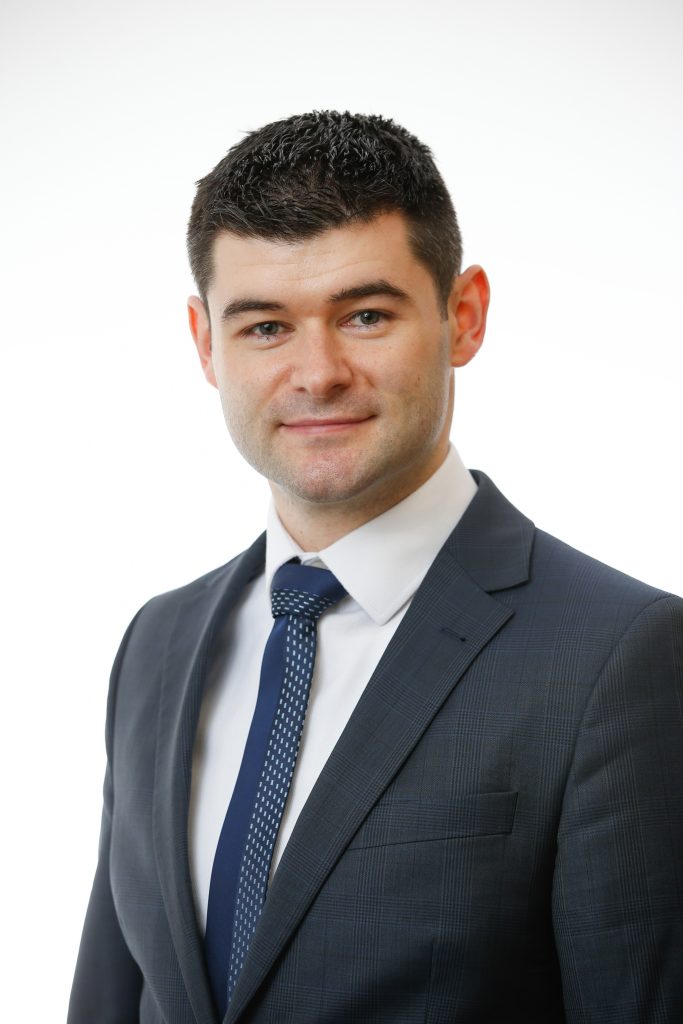 Dr. David Connolly is chief technology officer with Astatine, the only company in Ireland that offers fully financed turnkey solutions for large industrial users who wish to decarbonise their heat using high-temperature heat pumps (up to 200°C). They also offer renewable electricity solutions such as onsite solar power and offsite corporate PPA contracts. David is also the chairperson of the Irish District Energy Association which represents the district heating and cooling industry across the island of Ireland. Previously, David was CEO of Wind Energy Ireland, Ireland’s largest renewable energy association. In this role, he worked with a wide range of internal and external stakeholders to build understanding and awareness of the benefits of Irish wind and renewable energy, and to ensure that Irish wind energy continues to provide clean, cost effective electricity to communities, businesses, factories and homes across Ireland. Before WEI, David was an Associate Professor in Energy Planning at Aalborg University in Copenhagen, Denmark, where his research focused on the design and assessment of 100% renewable energy systems for electricity, heat, and transport. He graduated as a Mechanical Engineer and completed a PhD in energy modelling, both at the University of Limerick. 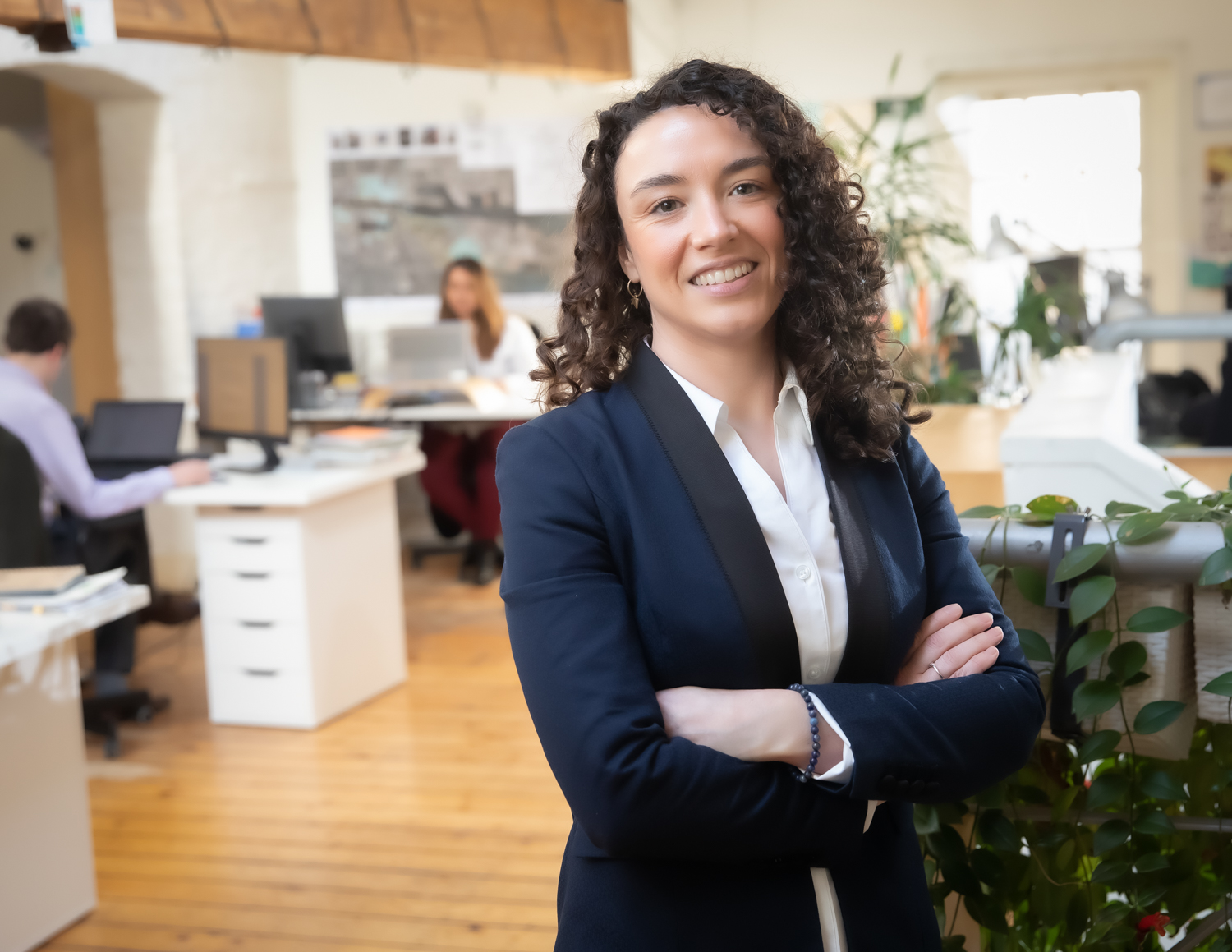 Donna Gartland is ceo of Codema, the energy agency that aims to accelerate Dublin’s low-carbon transition in order to mitigate the effects of climate change and improve the lives of citizens. She is a qualified electrician with a BEng in Energy and Environmental Engineering from the Institute of Technology Tallaght and a MSc in Sustainable Energy Planning and Management from Aalborg University, Denmark. She is currently completing a PhD in Energy Engineering with University College Cork. In her previous role as Codema’s Senior Energy Planner, Donna worked on monitoring and reporting the progress of the Sustainable Energy Action Plan for Dublin City in line with the Covenant of Mayors Initiative and developed the first Spatial Energy Demand Analyses (SEDA) in Ireland for all four Dublin local authorities in order to integrate energy and spatial planning at a local level. Donna is also working on implementing the first District Heating systems in Dublin with Dublin City and South Dublin County Councils, and is Technical Advisor on the EU Interreg NWE project ‘HeatNet’. She is the lead author of the national level ‘Guide to District Heating in Ireland’ report, funded by the SEAI. 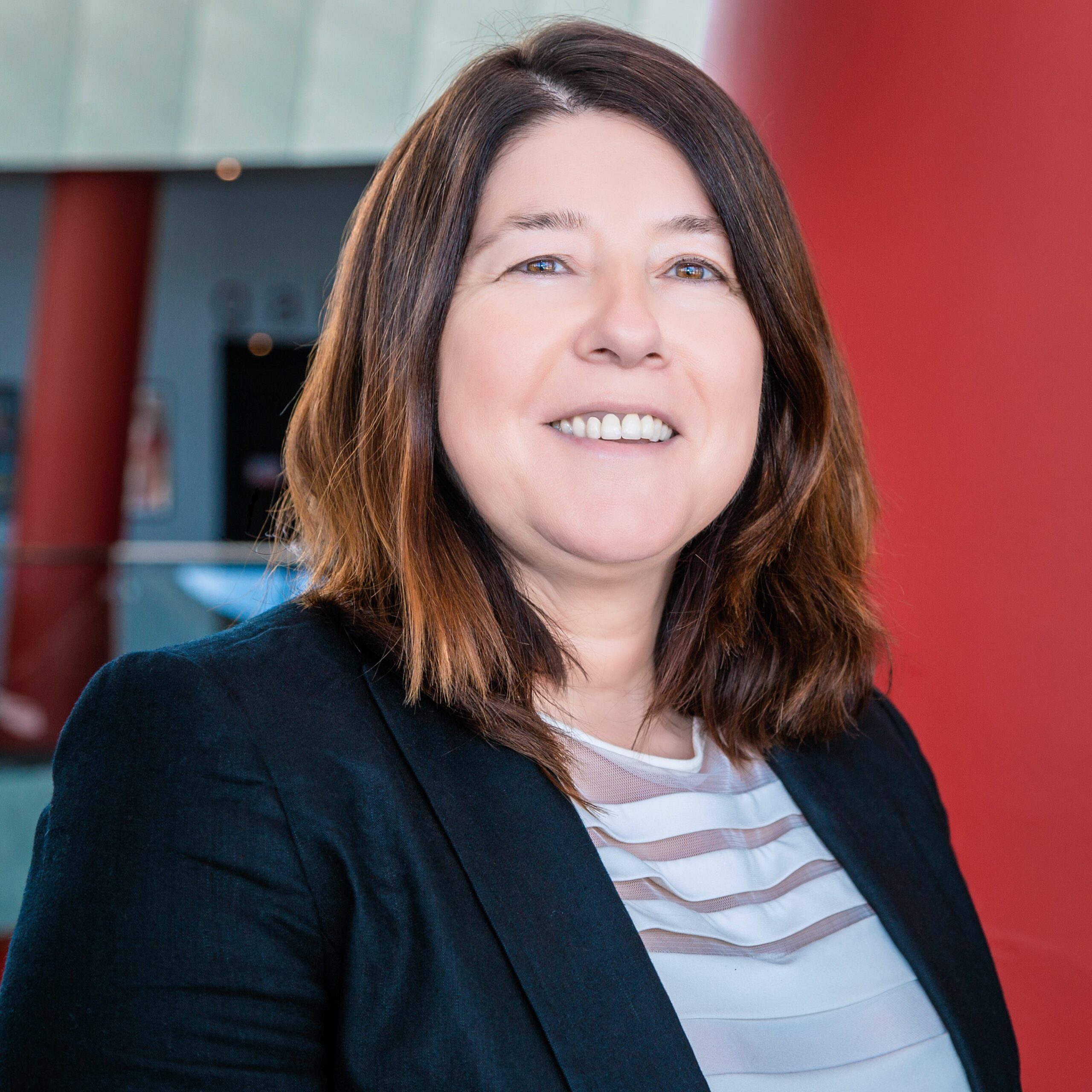 Sandra Healy is the CEO and founder of Inclusio. Sandra’s career spans 20 years in the global telecoms industry and five years at Dublin City University. In 2018 she established the DCU Centre of Excellence for Diversity and Inclusion.

A spin-out from DCU, inclusio delivers a scientific, evidenced based approach to measuring and tracking Diversity and Inclusion, linked to company KPIs.

Sandra is an organisational psychologist and an NLP master practitioner. She is considered one of the country’s leading experts in D&I. Sandra joined the Expert Advisory Group for Ireland’s Citizens Assembly on Gender Equality in 2020, and is a member of the Diversity and Inclusion Leadership Council for An Garda Síochána. In 2021 Sandra won the Entrepreneur of the Year award at Diversity in Tech and in Nov 2021, inclusio won The Knowledge Transfer Ireland (KTI) Impact Award. 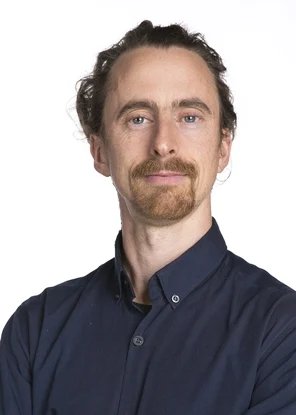 Dr Paul Deane is a senior research fellow in clean energy futures at the Environmental Research Institute’s MaREI Centre in UCC. He has authored and co-authored over 150 technical papers on the future of energy in areas such as electricity markets, European and global power systems, renewable energy integration and energy access. He is an active contributor to European policy thinking on clean energy and in 2019 was the Royal Irish Academy speaker in computer science and engineering.

Tomás Sercovich was appointed chief executive officer of Business in the Community Ireland in January 2018. Previously, he was with Spain’s largest sustainability network, Forética as Director of External Affairs, where he increased the international profile of the organisation and its external reputation and impact. Between 2002 and 2012 he held several positions with Business in the Community Ireland, among them Manager of the Membership Services Team. He is a member of the Board of CSR Europe since 2008 and is a member of the World Business Council of Sustainable Development. He sits on the board of Young Social Innovators. Tomás has also sat on the judging panels of a number of awards including SEAI Sustainable Energy Awards, Limerick Chamber Regional Business Awards, Google Impact Challenge, Good Governance Awards and Energia Family Business Awards. Tomás holds a Bachelor’s degree in International Relations from Universidad de Belgrano in Argentina and a Master’s degree in International Relations and International Management from the Università di Bologna in Italy. He also holds a Certificate in Management from DIT. 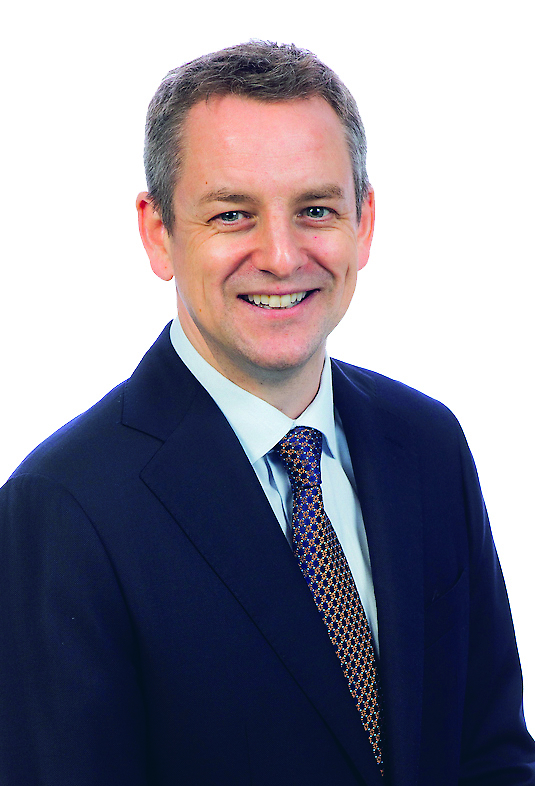 Richie Oakley is editor and chief content officer of the Business Post. He is a former editor of The Times, Ireland edition and a former section editor and news editor of The Sunday Times, Ireland edition. With over twenty years in Irish journalism, his career includes 16 years with News UK and Ireland and includes a wide range of specialities from politics to lifestyle reporting and now business. Oakley joined the Business Post in August 2019 and has overseen the development of a new brand direction and a digital-first strategy. 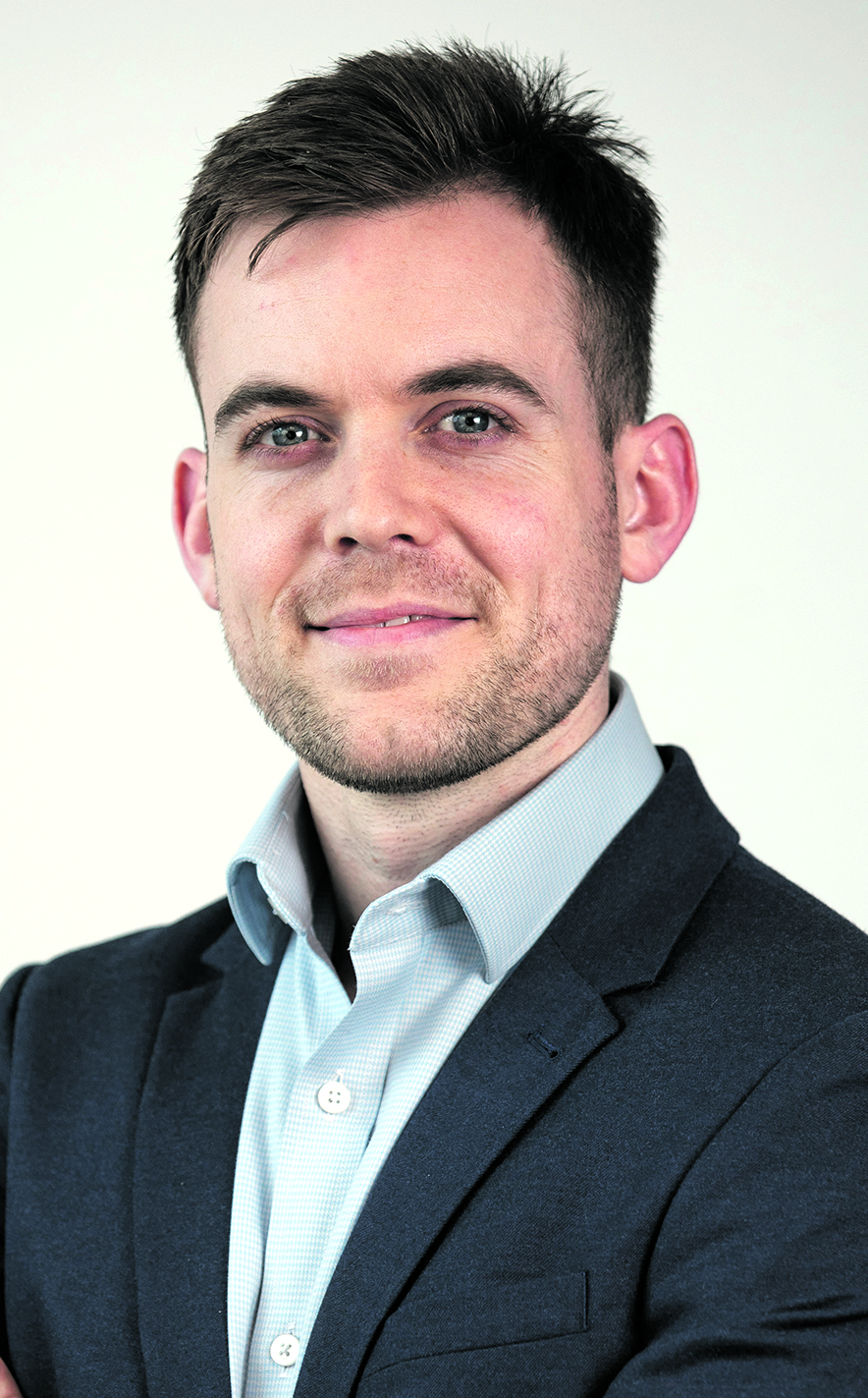 Daniel Murray is political correspondent for the Business Post. He has traditionally focused his reporting on environmental issues, and has broken many stories in this field. Daniel also hosts Five Degrees of Change, the Business Post’s Energy and Environment podcast, where he speaks with leading experts in the fields of environmental science and climate change about the policy and personal changes they would make for a greener world. 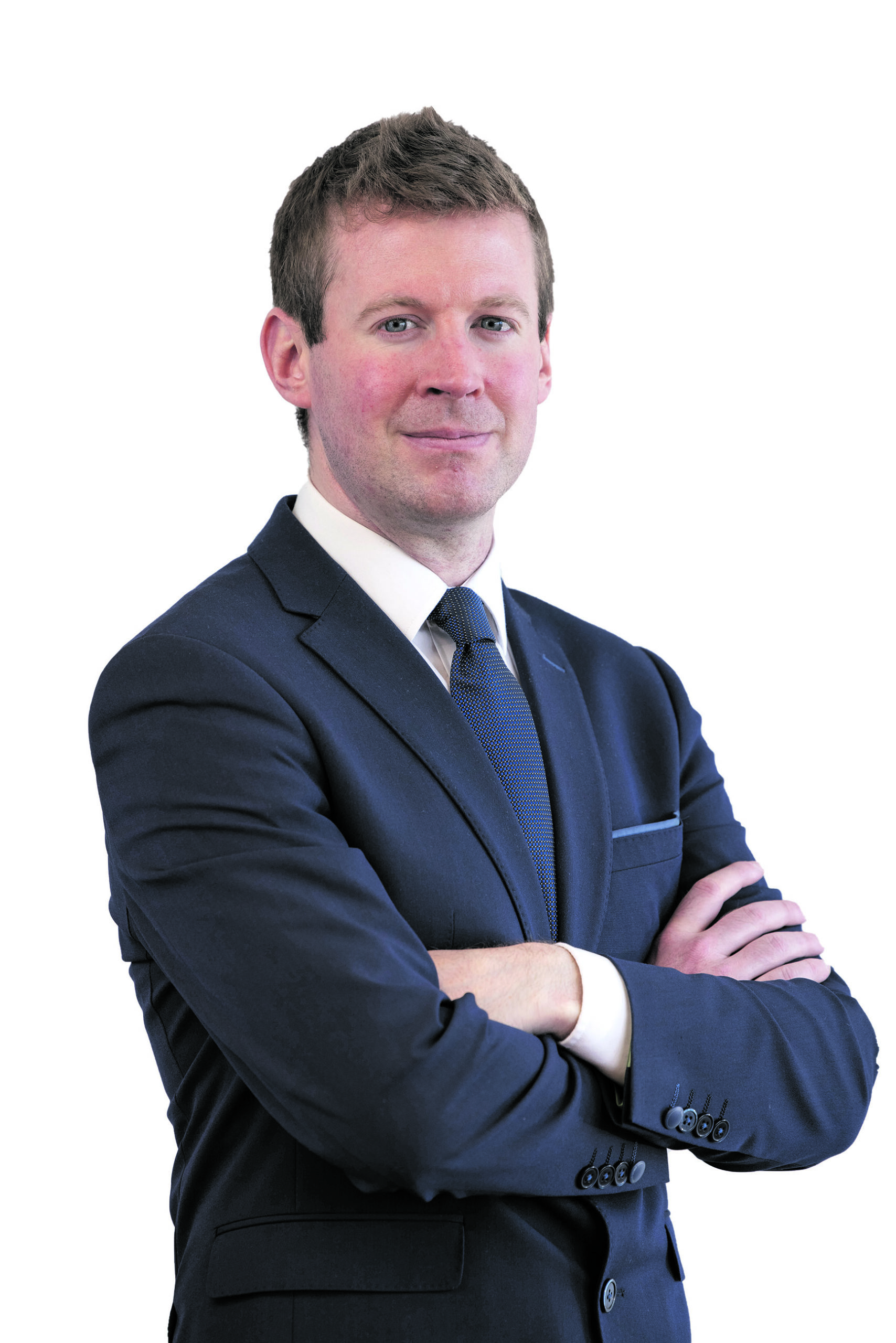 Lorcan Allen is Business Editor for the Business Post where he leads the paper’s business and financial markets coverage. He also covers corporate sustainability and climate action, with a particular focus on developments in Ireland’s energy and agri-food sectors. In 2020, Lorcan was named Business Journalist of the Year at the 2020 Newsbrands Ireland journalism awards. Before joining the Business Post he served as Agribusiness Editor with the Irish Farmers Journal. He was awarded a Nuffield scholarship in 2017, where he researched how Ireland’s agri-food sector could adopt climate action measures and transition to a more sustainable production system. 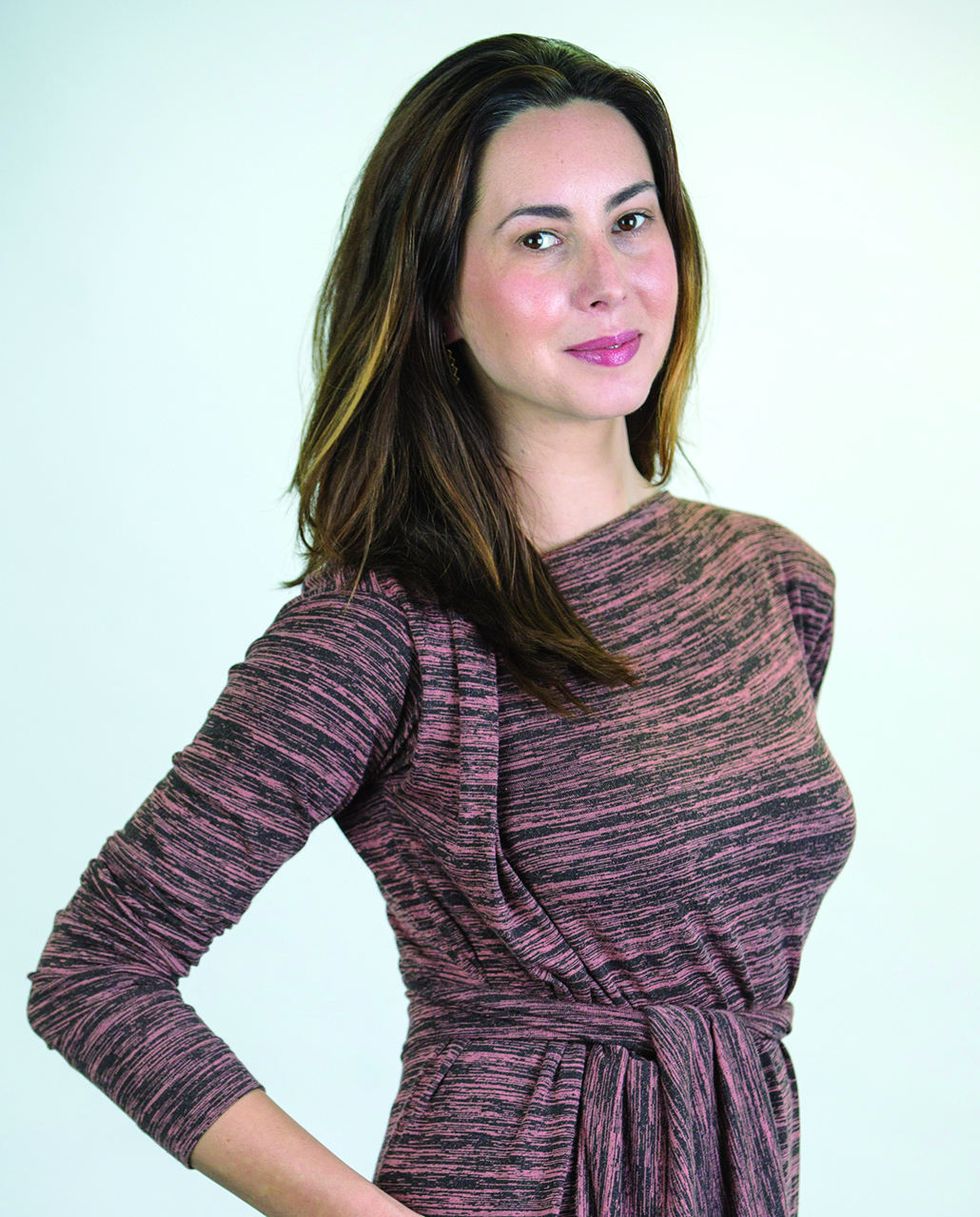 Elaine Prendeville is editorial director of magazine brands at the Business Post. A former editor of the Business Post Magazine and Irish Tatler magazine, Elaine has lead responsibility for several awards programmes including the Irish Tatler Women of the Year Awards. She is a board member at Quality Matters, the organisation that helps not-for-profits, social enterprises, charities and state agencies design innovative solutions that make a real impact in the lives of their clients.